What is True Freedom? (Wisdom for a Life of Freedom, Part 3)

This is Part III in the series, An Introduction to Wisdom for a Life of Freedom. If you have not read Part I or Part II, please do. Although, there absolutely no reason you can’t just into Part III just as it is.

From my perspective, the most common notion of freedom represents a serious misconception. In general, the modern notion of freedom is more or less about “Being free do to what I please, and to do what pleases me.” This may include the moral check-point that I can do what I want, so long as it doesn’t infringe on the freedom and well-being of others, as if that makes this misconception of freedom into something sound. This “do as I please” notion of freedom was created by the very same forces that have the vast majority of humanity unknowingly enslaved and spiritually blind-sided. 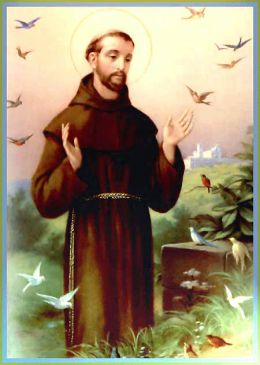 Realistically, freedom is having the clarity and soundness of heart, the sobriety of mind, and the lucidity of consciousness to be absolutely aligned with the living intelligence of the Power that creates us, with a high degree of continuity. To be aligned with that Power is to be absolutely obedient to that Power. To the spirit, total obedience to “God” equates to freedom and power. To the mis-command and imposition of rebelliousness many souls are infected with, obedience is equal to defeat and subjugation. This is how evil (that which stands in opposition to Life) confuses and convinces a great many souls into selling themselves out.

I’ve noticed many spiritually inclined people initially have a negative reaction to the notion of absolute obedience to “God.” Why is that?

Imagine you are out in nature, in a mountainous region. All experienced mountain hikers know the weather can change quickly in such places, and that it’s important to be prepared with a range of possible weather conditions. It may be a bright sunny day, and yet venturing into the mountains prepared only for sun and warmth could result in disaster, even death. Nature has a particular way of functioning, and if we don’t obediently pay heed to that, it can cost us our lives.

Imagine you own a high performance car. The car has a particular way of functioning, which is based on the intent and design set down by those responsible for creating it. The car represents an integrated system of interrelated parts and functions. If you are obedient to the intent and functioning of the car—meaning, if you fully align yourself with it—that car can provide an extraordinary amount of power. Specifically, the power to relatively quickly, safely, and conveniently travel from one location to another. You must first surrender to the fact a key is required, to open the doors and enter the car. You must then surrender to inserting that key into the ignition, and turning it. From there you must surrender to how the car operates, such as pushing down the clutch in order to put the car into first gear, and release the clutch the right way, synchronised with pushing the accelerator pedal. You can’t just jump directly to 5th gear, nor can you operate the car without using the clutch and changing the gears. In order to actualise the potential power of that car, you have to be extraordinarily obedient to a certain set of criteria, pre-determined by the intent of those who developed the car. Then there are many ways in which you must be obedient to the correct way to mechanically maintain the car. Some high-end car manufacturers will only honour their warranties if you use a mechanic certified by them. The mechanics certification is to ensure he or she is knowledgeable of, and obedient to, the way in which their cars must be maintained. You must also use the right fuel and oils and lubricants. If you are disobedient to any of these requirements it may damage the car. If your divergence is serious enough, it could prove fatal. For instance, you may think “Hey, I am free to do what I want. This is my car, so I’ll do what I like with it. I am going to add 1 gallon of nitro glycerine to the fuel in order to make it go faster.” When the engine explodes and destroys the car (and likely kill the driver) you’ll have only yourself to blame.

Once you are operating the car successfully, there are many other criteria you must obey in order to successfully use the car without harming yourself and others. Some of these criteria are basic laws of physics, whilst others are requirements set down by humans. Don’t run red lights. Break into a corner, and accelerate out. Don’t run people over. Drive at a speed suited to the road conditions. And so on. There is a lot to be obedient to, and failure to do so could quickly result in disaster.

Just as being obedient to the rules of engagement of a car grants us freedom and power, so too being obedient to the rules of engagement of Nature and our Creator grants us freedom and power. Freedom simply means the freedom to see or perceive what is demanded by any given situation, and power to act on that perception impeccably. The vast majority of people are spiritually blind and compromised. Thus they are not free, and they are mostly clueless about the forces that spiritually blind, subjugate and control them. In this way, most people are enslaved to such an extent they typically don’t even realise it. 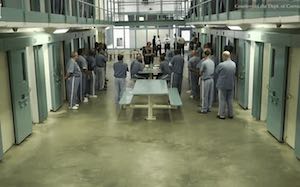 Humanity, for the most part, is living in something akin to a massive global prison. Imagine we are born into a huge prison. In that prison live billions of other people who were also born there. No one there knows any different, thus they do not realise they are imprisoned. They believe they have a great deal of freedom, without realising the extent of their freedom is bound by the walls that surround them. Some of the prisoners think, “Well, I am free to trade things for cigarettes, and free to smoke those cigarettes. I am also free to decide what parts of the meals I do and don’t eat, and free to go to the toilet a few times a day. I have so much freedom.” 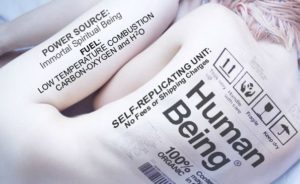 Some of the prisoners have been promoted to the role of wardens and guards. Some have been promoted to the role of administrators, cleaners, maintenance crew, etc. Many prisoners aspire to receive a role of some kind, and they feel they are exercising their “freedom” by pursing that dream. So long as we are free to more or less do what we like within the prison, and pursue our dreams of promotion, or even rebellion, etc., we believe we are “free.” Yet, even the head warden is a prisoner to his role and status within the prison. She may have the best accomodation, and eat the best food, and receive many other privileges most of the prisoners can barely conceive of, but she is, none-the-less, bound to being in the prison. She too is a prisoner.

The very notion of “freedom” only exists due to our spiritual enslavement. If it were not for our having bought into spiritual denial and enslavement, the notion of freedom would not even rise into our consciousness. We would simply be in a natural state of obedience and service to Life, within consciousness. Obedience to Life also means alignment to Life and how it functions. So the concept of “freedom” only comes into question relative to the present state of spiritual enslavement a great many souls are constantly (and often unknowingly) contending with.

Simply put, freedom (in a cosmological sense) was invented by the one who first rebelled, and it is a concept maintained by the many souls he convinced to also rebel. 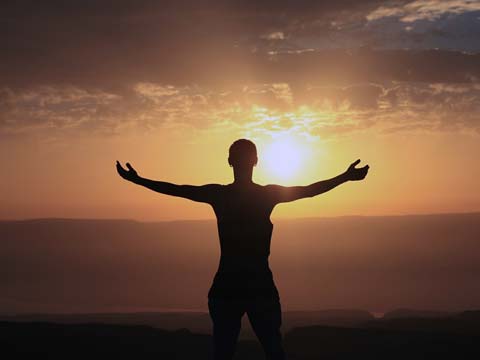 Many spiritual traditions state something to the effect that God created the spirit of Man with “free will,” and thus the right to “Freedom.” Yet what is the extent of this so-called “free will”? Basically, it’s the capacity to choose to be with God, or not. If you’re “not” then anything else goes. Yet the choice to not be obedient to God has the guaranteed outcome of pain and suffering. Just as the choice to not be obedient to the natural functioning of the human body—by eating the toxic crappy pseudo “food” filling all out supermarkets, for instance—will result in pain and suffering. Likewise, exercising the “free will” to put something other than the manufacturer specified fuel into your car, is likely to result in serious, if not fatal, issues. So is this really “freedom,” or is this simply the work of deception?

According to the Original Living Wisdom of the Heart of Man, there is actually no such thing as freedom. The whole notion of freedom—as in the “freedom to do whatever I want”—is a deceptive invention that has been implanted into the psyche of Man by what many traditions refer to as Evil, or Satan, etc. So called spiritual freedom is actually spiritual rebellion, and when we rebel (diverge from) the natural order and functioning of nature and creation itself, we do so at our own peril. Pain, in one form and degree or another, is the guaranteed result. It’s interesting to note that the word root of the word punishment was synonymous with pain. So when religious scriptures put forth the idea “God will punish you if you disobey,” this is in effect saying, If you diverge too far away from the natural order of LIFE, you will experience pain (of one kind or another).