Where to buy Borax (sodium tetraborate) in New Zealand

Looking for Borax in New Zealand? Read on…

I recently updated my 2012 article on how to detox the body of sodium fluoride. It’s been a very popular article, perhaps only second to the very popular series on The Dark Side of Ayahuasca.

According to my research, one of the simplest, most cost-effective, and potentially most efficacious methods for eliminating fluoride from the body is to take small amounts of Borax on a daily basis, for a set period (just how long will depend on you, but many people report using it for a few months at a time). The basic idea is to have up to ⅛ of a teaspoon (for women) or ¼ of a teaspoon (for men) of pure Borax dissolved in a litre of water, and then drink that over the duration of a full day. Some people may need to start out on smaller amounts, and build up to the full dose. There are plenty of people reportedly taking significantly more than these amounts, but the ⅛ to ¼ teaspoon level is reportedly an ultra safe amount to go with.

Borax is very common in the United States. In New Zealand many people are not familiar with it. It is available though, and below is a list of sources. It is a cheap natural chemical compound, and yet you’ll notice the price it sells for can vary greatly. That’s not because one supplier has “better” Borax than another. It’s just that some are making much larger profits than the others.

If you want to learn more about Borax as a potential health supplement, there’s plenty of information online. Here are two links to start you off:  The Borax Conspiracy, and earthclinic.com

I found the best place to buy it from is ecofreaks.co.nz. The price is good, and they’ll ship anywhere in New Zealand using NZ Post at decent prices. While you’re at it, you can buy the necessary ingredients for home-made ecological cleaning and laundry products. If you have a Bin Inn close to where you live, then that may work out cheaper for you.

(All prices are current as of August 2015, and include GST)

Mitre10 — Apparently some stock it. Call first. It’s not listed on their website, but that’s not saying much as they have a fairly poor web site.

The Bin Inn and many Bulk Barns carry Borax. Here’s a list from www.therural.co.nz, listing many shops confirmed to stock it. 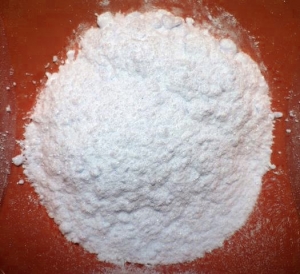