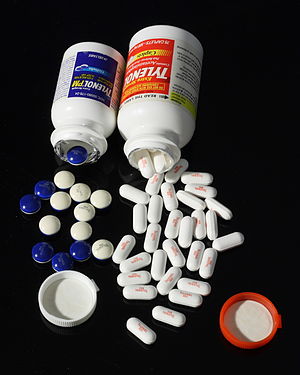 The human world is awash with manufactured and natural substances utilised to alter the state of Man—physically, emotionally, mentally, and spiritually. The common name for these substances is drugs. There are two basic social classes of drugs. Pharmaceutical drugs are the drugs society openly accepts, uses, and even forces people to use. Society even perceives that, and promotes the idea that these substances are helping to save the world from disease and suffering. Then there are the illicit drugs, which are the drugs society forbids the use of and tries to force people not to use (through incriminating people caught using them), despite the fact they are so prevalent in all sectors of society. Many in society maintain the idea that these “bad” drugs are corrupting society at the very core. There are also those who maintain that pharmaceutical drugs are undermining the health of society.

I know people who use illicit drugs and yet are against the use of pharmaceutical drugs. I know people who are strongly against the use of illicit drugs and yet who use at least one or more pharmaceutical drugs every day. But rather than getting into the debate for or against drugs (of any kind) what I want to address here is something else.

For the sake of clarity, throughout the rest of this article I will use the word “drugs” to refer to illicit mind-altering substances, and “pharmaceuticals” to refer to the drugs prescribed by doctors and pharmacists. I will start out by saying that both have their own particular advantages and disadvantages, depending on the context in which we use them.

In the past 20 years I’ve met a lot of people who use drugs under the notion that this is an important part of their spirituality. I won’t deny people the right to make up their own mind about whether drugs enhance their spirituality of not, but I will share the Yogic perspective I am familiar with on the subject of drug use.

First off, drugs like cannabis are no more “spiritual” than drugs like Tylenol, antibiotics, or heart medication. Each is a substitute for our own innate functions, as given to us by The Mother. Each may provide a degree of “help” in our process through life, but they are only required because degeneration has occurred. That might be physical, mental, or spiritual degeneration. Let’s not confuse the matter with idealistic notions that something like cannabis gives us something we don’t already possess (dormant, or otherwise).

The most common drug I see people using is marijuana, or cannabis. As I write this I am in Nosara, Costa Rica. From what I have seen and heard, marijuana use is common here. I could have anticipated that, to a degree, because there is a strong surfing community here. I know from past experience the use of marijuana is common among surfers. It typically goes with their way of life, in much the same way a surf board does. Of course, this is a generalisation, as there are certainly people who surf and who do not use marijuana (such as myself), yet it’s an accurate generalisation so we’ll work within that.

The other significant sub-culture here in Nosara is the “yoga community”. People attending and teaching yoga classes, or studying to be yoga teachers. What has come to my attention is that a substantial portion of that community also uses marijuana. I am going to make the assumption someone studying and practicing yoga has an interest in their own spiritual development, and someone training to teach yoga also has an interest in the spiritual development of other people. Where does marijuana use fit into this?

I can typically tell right away if someone regularly smokes marijuana, or has recently smoked it. There is invariably an energetic grey cloud or fog around their head. Also, they will nearly always have a sizable team of entities hanging out in their body and energy field. Over the years I have been fortunate enough to meet, study, and even live with a number of true Yogis and Spiritual Masters.

One of these Yogis (a highly perceptive being) once talked about marijuana and spiritual development. This is what I understood from what he shared: people who used marijuana develop a fog around their pineal gland. If they are spiritually inclined they will often develop delusions pertaining to to their development, thinking they are “spiritual” when in fact they are stuck and making little if any real spiritual progress. He also mentioned that harder drugs, like cocaine for instance, can do irreversible damage to certain subtle channels and centres in the subtle body, hindering or even stopping spiritual progress for the rest of that incarnation.

Aside from drug use potentially limiting a person’s spiritual awakening in a particular life-time, it is also possible (and relatively common) that such habits can reverse our spiritual development. The drug user runs the risk of undoing what it took years or even life-times of previous spiritual practices and self-application to establish. Once the mind and perception is clouded with the subtle residue of drugs, and with the entities that come with their use, a person can end up digging themselves into a hole through believing drug invoked delusions. Compounding this is the tendency to project these delusions onto people, relationships, spiritual paths, teachings, etc. That’s putting it in simple terms, for in reality there’s a lot more to it. The key point is this: imagine if you were to put a blind-fold on for the next three weeks, and had to continue going about your normal activities. How would this limit your ability to accurately see the world around you? How would it limit your ability to get on with your day. Even more importantly, in what ways might this situation potentially set your back in life?

For example: if I am blindfolded and trying to live out my normal routine I greatly increase my chances of getting hit by a car; getting robbed or mugged on the street; walking into things and hurting myself; cutting my fingers whilst preparing food; burning food on the stove; and generally bringing harm to my body. Now imagine this. What if we didn’t actually know we had a blind fold on? What if the blind fold was actually those Virtual Reality glasses that display realistic images to each eye? What if the video feed coming into those goggles was similar to what we’d normally see, and yet distorted in some ways, or not in alignment with reality? We could go on for years thinking we are living out our life in connection with reality, and yet actually be under the illusions of whatever is being fed through to the virtual reality goggles over our eyes, without knowing about it.

This is very much along the lines of what happens when people take drugs on a consistent basis, and most especially when they do so under the mis-taken belief drugs are making them more spiritual. The vast majority of people I have seen in such a situation end up drifting. Drifting through life, in a state of spiritual and, oftentimes, worldly confusion.

Above, I said I’d look at the ways in which drug use may be helpful. Rather than address that here, please take a look at this article.

[Note: I wrote this article in November 2012. I am not sure why it wasn’t published. I have since written other articles on this topic.]

The Dark Side of Ayahuasca – Part 1