What is the kundalini energy?

There’s plenty of information out there in the spiritual marketplace discussing the concept and means of activating the kundalini energy. Those reading this article likely know enough about the kundalini that I don’t need to explain what it is. But very briefly, it’s typically described as life-force tightly bound (like a snake tightly coiled in on itself) in the base of the psycho-spiritual body (situated at the base of your torso). A great many spiritual benefits, powers, and capabilities are attributed to the unfurling of the kundalini, and its awakening, and its arising up the body into the crown.

Recently someone wrote to me after reading my article on The Dark Side of the Oneness Movement and perhaps Exploring Deeksha, Folly or Freedom?. In their message they asked about something called the Kundalini Awakening Process (K.A.P.), and wanted to know what my insights were on this. I post here my reply, and their original message, in case it is of value to other people who feel curious about trying to activate or awaken their kundalini energy.

Is it wise to try and awaken the kundalini?

Here was Susan’s message to me [name changed]

On 6/07/2020, at 11:54 AM, …Hello, how are you? Around 2010 I was living in London and went to a Oneness energy circle. It was one of the biggest mistakes of my life. I allowed different people to give me “Diksha” via my crown chakra. Afterward I spiraled downwards. I felt unlike myself, edgy, irritable and cranky. I was no longer in control. I knew something was  terribly wrong. I sought help feom an energy healer, [REDACTED]. He told me exactly what you saw. He saw a dark group possibly alien, syphoning energy and creating an energy cage to rob it. He was a blessing and has since become a mentor. I am hoping for your insight on KAP or Kundalini Awakening Process. It is starting to be offered in the US. Have a great day!—

The relevant part of my reply (slightly expanded from what I sent to Susan) is as follows:

Regarding the “Kundalini Awakening Process”. I am also not familiar with this, although I did just now have a quick look online. Is it the work of Dr. Glenn J. Morris you are referring to?

From my perspective, it’s not necessary (nor advisable) to try and awaken the kundalini. The kundalini naturally arises, awakens, and integrates into the human being’s psycho-spiritual system in direct proportion to the degree of our communion with (and the turning of our attention towards) the Divine Mother / Father… whatever you wish to call that Power that creates us. But especially the Divine Mother aspect of ‘God’.

So from this perspective (which I’ve touch on only very briefly here) it’s not necessary to try and “activate the kundalini”. To me that’s really not all that dissimilar to what might motivate one to get involved with Deeksha / Oneness Movement. It’s an attempt to force something that otherwise happens very naturally when a human being is living in accordance with Nature. 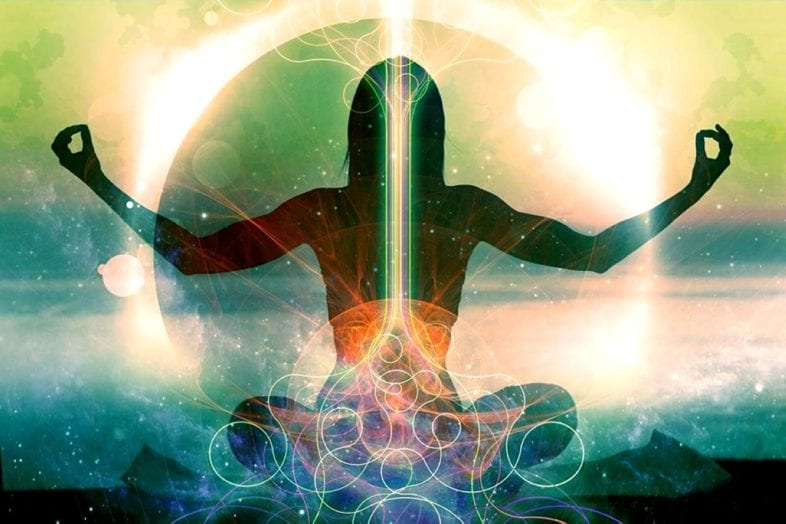 I am not familiar with the process or practices taught by Glenn Morris in his Kundalini Awakening Process, so none of what I share here is a comment on or assessment of his work. I am sharing about these matters in general.

For the most part, it’s my observation that practices which focus on making the kundalini awaken are often-times being spiritually mis-guided. Put simply, it’s the work of life-degrading spirits, working in the background, trying to create a situation from which they can harvest a very potent quality of life-force from human beings. Specifically, they are capitalising on people who are spiritually blind-sided, and yet who have a degree of spiritual curiosity and fascination. They use such people as a means to misappropriate life-force energy from the Divine Mother. Like all things in the relative dimension of Life, there may be exceptions. But this is what I would say is taking place, in general.

As I pointed out in my message to Susan, the kundalini energy will ‘awaken’ and ‘rise’ quite naturally, on its own accord, when the conditions are ripe for it. Much like the way the human immune system naturally develops and comes into being when the child is raise in the right conditions (e.g., the child is exposed to a broad range of micro-organisms; and receives colostrum from the mother’s breast; and is not exposed to antibiotics; etc.). Or in the same way our digestive fire (another form of life-force in the human being) naturally ‘awakens’ and rises when the body needs sustenance. We refer to this as having a strong appetite or hunger. We don’t need to force these expressions of Life, nor should we want to. All we must do is be natural.

What does it mean to be natural in this context?

Well, the human being quite naturally wants to know its creator—its genesis—and its purpose. We naturally have an urge to consciously know the Power that creates us, and to function in accordance with that Power. Just as much as a Baobab seed naturally ‘wants’ to germinate, under the right conditions, and grow into a massive tree. As a massive tree, it naturally and intelligent functions with everything natural around it. It can’t help but do that, to be that. It’s no different for the human being, under natural conditions. The great challenge facing those of us living in the modern and artificial world of technology and materialistic sciences, is that we are no longer living within our natural conditions. In the pursuit of comfort and convenience we are inadvertently cutting ourselves off from the natural environment in which human beings (in our present form) have as existed and functioned within for hundreds of thousands of years. Even more than that, we haven’t merely ‘existed within the natural environment’, we are literally produced by that environment, created and brought into being through that environment. 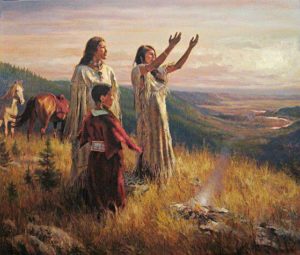 When a human being reorientates its focus and precious attention away from constant absorption in the artificial matrix, and turns toward the natural matrix of the Earth and our spirit, we eventually recover our conscious experience of our immutable and continuous communion with God, in that Power’s Divine Father and Divine Mother expressions. As the soul comes into attunement, once again, with the Divine Mother expression it is by Her grace that Her shakti energy, the kundalini, will awaken within the soul. The entire purpose of which is to empower and enliven the soul in the ways necessary for it to function with nature, with the Divine Mother in Her supreme creativity and expression of Life.