Here’s a brilliant documentary based on current scientific theory about how the Earth started and came to be what it is today. Keep in mind, it’s theoretical and is likely to miss facts and include information that is not accurate. For instance, some scientists now suggest there Earth once had two moons.

This documentary makes use of CGI effects to generate an artistic-scientific impression of how it may have approximately looked as the Earth started out and developed to what we see today.

Perspectives such as those portrayed in this documentary often stir up arguments and even vitriol from people who identify themselves as creationists (i.e. people who believe ‘God created the world’). I see this in the public comments on this video on Youtube. From my perspective, what ‘creationists’ seem to not realise is that the notion of geological evolution and divinity-based creation (i.e. divine intelligence creating the Earth) are not mutually exclusive. It’s rather small minded and simplistic to think they do.

If one believes that there is a Divine source from/by which this Universe is created, why does one then presuppose this means it all just appeared in one moment out of nothingness? Like the Earth just appeared 6000 (or is it 8000?) years ago? That’s not how the physical world we see around us manifests now, so why would it have started out that way 8000 years ago? Look around at the natural world, and you will see that it all emerges over time, as a progressive unfolding of potential. Just as a human being doesn’t appear out of nowhere. You and I represent a long progressive chain of events. That doesn’t mean we were not created by our parents, and them by theirs, etc.

Anyway… this is a big topic, and it is simply my intention to point out that if you get up in arms about a documentary like this one because “God created the world,” you may want to meditate more deeply on exactly HOW that God goes about creating. 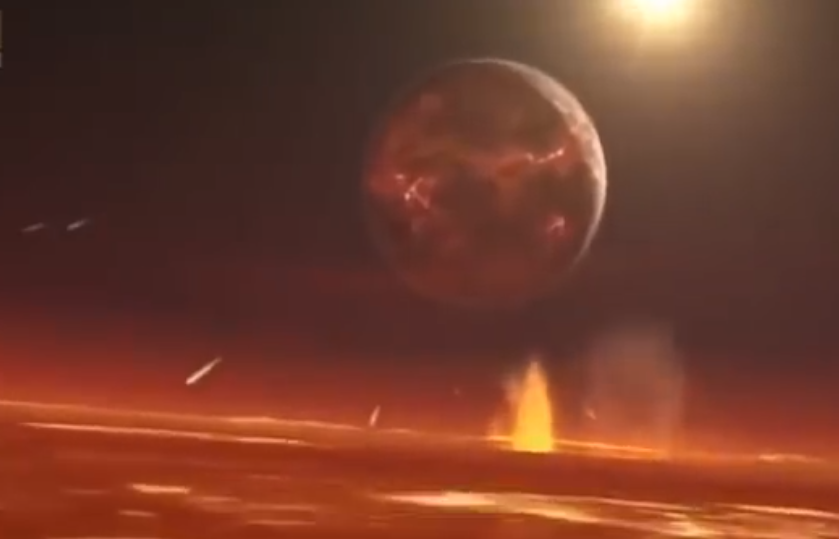