The Virtues of Fasting

When I was perhaps 17 or 18 I discovered a fantastic book called The Miracle of Fasting by Paul Bragg. This small no-nonsense book inspired me to step into fasting in a big way. My experience of water fasting was profound, cleansing not only but body but also the mind and emotions. Sometimes standing in the bath releasing from an enema I would be in tears, crying and releasing old stuck or suppressed emotions. It was profound and liberating.

As an aside, it turns out that were some dubious circumstances surrounding certain aspects of Paul Bragg’s claims regarding himself and his healing experiences. I won’t bother to say much more here, and instead will refer you THIS ARTICLE on www.ahealedplanet.net. Read it when you have time, if it interests you, although for me the questionable story surrounding Bragg doesn’t detract from the timeless art and science of fasting.

When I was 17/18 getting into fasting in a big way, I didn’t talk much about my fasting experiences with other people. I did at first, but most people freaked out. The majority of people around me simply didn’t understand. A truly surprising number of people actually stated outright they believed (sincerely) they would surely die if they didn’t eat even for just 24 hours. They looked at me in disbelief when I said I’d done a 12 day water fast. They believed it was scientifically impossible. I could only smile, and keep my words to a minimum.

It is now coming to light in the Western scientific field of health and medicine that intermittent fasting is a very worthwhile and health promoting practice.

A number of subsequent studies have shown beneficial effects of IF in animals. 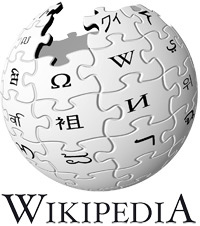 Here’s a few quotes from an article on www.healthavenger.com on Intermittent Fasting:

The story so far is that intermittent fasting, as it’s known, lowers levels of cholesterol and other blood fats called triglycerides. What Associate Professor Heilbronn wants to nail down is what causes this effect – is it the fasting itself or any weight loss resulting from it?

Of course rats are not humans, but at least medical scientists are exploring the benefits of fasting in controlled experiments:

Research at the National Institute on Aging in Baltimore, US reveals that restricting food in rats is good for their brain cells as it helps boost levels of a substance called BDNF (brain-derived neurotropic factor) that helps protect human brains from Alzheimer’s disease. Research scientist Leonie Heilbronn at the University of Adelaide’s Discipline of Medicine is trying to find out if fasting every other day can help reduce cardiovascular disease in humans.

For the scientifically minded, here is a very comprehensive write-up in The American Journal of Clinical Nutrition.

Whilst our medical scientists figure out how and why fasting is beneficial, I highly recommend WE THE PEOPLE take matters into our own hands. Fasting is nothing new. It’s been practised for aeons. It’s been prescribed and utilised in various healing modalities for thousands of years (Ayurveda, Chinese medicine, Western medicine in Greece, traditional naturopathy, etc.). Self-education is key for those of us on a Path of Freedom. Self-health is vital. Fasting, like spiritual enlightenment, is not about taking on something new. It is not about attaining and adding to what you are. It’s about releasing, reducing, simplifying, and letting go.

As I mentioned, fasting for me is a multi-layered experience. There’s the physical cleansing it produces, yet perhaps more importantly is the fact it helps clear the mind and purify our emotions. All of these things combined help to purify the seat of what Taoism refers to as shen or spirit in the body — what we refer to as the Heart or the Hrdaya. Fasting also helps break the attachment we have to food. Many people are unknowingly addicted to food and very attached to certain tastes and sensations they derive from the food they eat. Often-times we get attached to foods which actually don’t serve us in the long-term. Disease is typically the result. Over eating is also common for many people, and water fasting is a great way to start loosening up the bondage we have to foods and the sensation of feeling full. There is great Intelligence in the emptiness, and we can lose touch with that Intelligence when we’re always full.

Here are some additional links to articles online about fasting, from a more main-stream perspective: