Four people named Anyone, Everyone, Someone, and No-one One day four people named Anyone, Everyone, Someone, and No-one, discovered the Earth was in dire need of protection and restoration from Man’s relentless & rapid destruction.

Of course, this was a task that Anyone could have done, but they reasoned it was only seriously worth doing if Everyone would come together and get involved as well.

However, Everyone thought that Someone would surely do it.

So, in the end, No-one did it. Very soon, the world of Man collapsed…

And that was that.

Only No-One was left standing with the Earth.~Written by: Jonathan Evatt 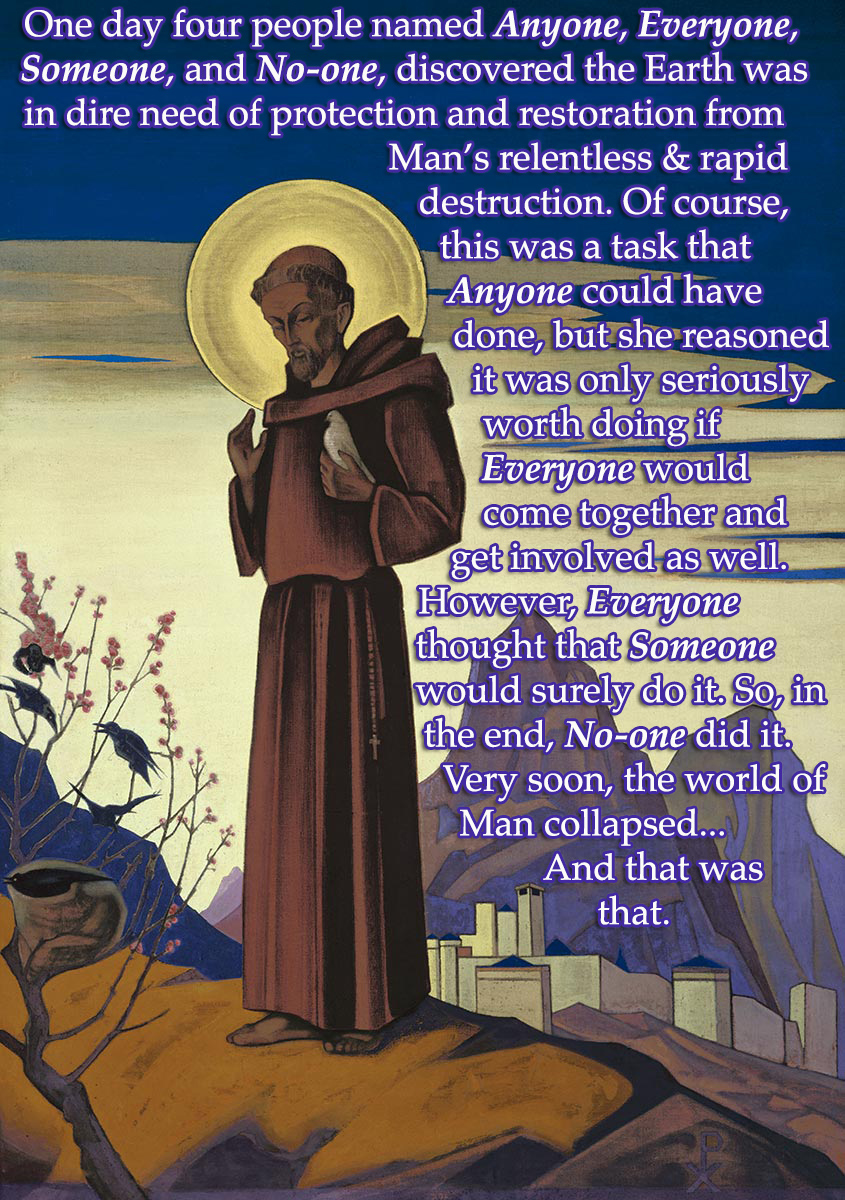