The muddy way to Internal Cleansing

Sometimes Life’s ways appear to be a paradox. Many folk are unlikely to think of eating mud when it comes to cleansing the body and digestive system. But that’s exactly what this article is about. Eating mud is also an excellent (the best I know of) way to rid the gut of issues that cause diarrhoea and vomiting. Who would have thought mud could cure food poisoning?

I have a story about that. Years ago, when my nephew was around 5, my brother apologetically dropped him off at my house. I had agreed to look after him that morning, and it turned out he had been projectile vomiting since the day before. Even drinking water would, within minutes, cause him to vomit violently. My brother rushed off to wherever it was he needed to be, and I headed to my stash of bentonite clay. After mixing a few tablespoons of greenish clay powder into water, I handed it to my nephew to drink. He didn’t think this was a good idea, “Even plain water makes my puke Uncle Jonathan.” I assured him this would be okay, and he trustingly drank the cloudy class of muddy water. End of story. His wicked bout of food poisoning (or whatever it was) vanished instantly. He was eating by lunchtime with no further issues.

Below is a write-up on bentonite I found online. I don’t know where this article came from originally, as it’s cited in many web sites and none had any attribution to its source. So I too am sharing it, and sending out a big thanks to whoever originally wrote it. I’ve made a few additions in blue and in [brackets], along with some headings and other minor changes.

The Wonders of Bentonite / Montmorillonite clay

What is bentonite & where is it from?

(Bentonite) Montmorillonite is a volcanic ash. When a volcano erupts, there is often a fine steamer mist blown out which usually contains a substance known as a colloid or volcanic ash. This sifts to earth and as it contains many minerals (25 to 33 in Bentonite) it serves to mineralize the soil. Frequently, however, it can be mined in veins of 2 to 3 feet wide and deep but many yards long. Natives on every continent have used volcanic ash for Ages both internally and externally. [The best edible form of montmorillonite belongs to the family of clays known as smectite. A great many ash based clays may be labelled as “bentonite,” so it is important to ensure they clay you are ingesting is primarily or entirely montmorillonite.]

How does bentonite help the body?

The value of Montmorillonite lies in its very fine molecule and its [strong] negative electrical attraction for positively charged atoms. The extra fine molecule gives it greater surface area and thus stronger adhesive or pulling power, its negative charge enables it to pick up positively charged toxic material [and gram-positive pathogens] from the alimentary canal to be expelled in the feces. There is no evidence that it has any chemical action on the body. Its power is [believed to be] purely physical. There is no evidence that Bentonite’s 25 to 33 minerals can be absorbed into the body because its own adhesive power seems to be stronger.

Technically, the clay first adsorbs toxins (heavy metals, free radicals, pesticides), attracting them to its extensive surface area where they adhere like flies to sticky paper; then it absorbs the toxins, taking them in the way a sponge mops up a kitchen counter mess.

There is an electrical aspect to bentonite’s ability to bind and absorb toxins. According to Yerba Prima, a company based in Ashland, Oregon, which markets Great Plains® Bentonite, the clay’s minerals are negatively charged while toxins tend to be positively charged; hence the clay’s attraction works like a magnet drawing metal shavings. But it’s even more involved than that.

Once hydrated (combined with water), bentonite has an enormous surface area. According to Yerba Prima, a single quart bottle can represent a total surface area of 960 square yards or 12 American football fields. Bentonite is made of a great number of tiny platelets, with negative electrical charges on their flat surfaces and positive charges on their edges.

When bentonite absorbs water and swells, it is stretched open like a highly porous sponge; the toxins are drawn into these spaces by electrical attraction and bound fast. In fact, according to the Canadian Journal of Microbiology (31 [1985], 50-53), bentonite can absorb pathogenic viruses, aflatoxin (a mold), and pesticides and herbicides including Paraquat and Roundup. The clay is eventually eliminated from the body with the toxins bound to its multiple surfaces. [It’s worth noting that the majority of organisms pathogenic to humans (bacteria, viruses, etc.) are gram-positive, or positively charged, and thus readily absorbed by bentonite clay]

Clay’s adsorptive and absorptive qualities may be the key to its multifaceted healing abilities. Knishinsky reports that drinking clay helped him eliminate painful ganglion cysts (tumors attached to joints and tendons, in his case, in his wrist) in two months, without surgery.

According to Knishinsky, benefits reported by people using liquid clay for a period of two to four weeks include:

“Clay works on the entire organism. No part of the body is left untouched by its healing energies,” he notes.

A medical study by Frederic Damrau, M.D., in 1961 (Medical Annals of the District of Colombia) established clearly that bentonite can end bouts of diarrhea. When 35 individuals (average age 51) suffering from diarrhea took two tablespoons of bentonite in distilled water daily, the diarrhea was relieved in 97% (34 of the 35 patients) in 3.8 days, regardless of the original cause of the problem (allergies, virus infection, spastic colitis, or food poisoning). According to Dr. Damrau, bentonite is “safe and highly effective” in treating acute diarrhea.

Knishinsky’s research suggests that the regular intake of liquid clay (typically one to three tablespoons daily, in divided doses) can produce other benefits including parasite removal from the intestines, allergy and hay fever relief, and elimination of anemia and acne. For example, clay helps anemia because it contains both types of dietary iron (ferrous and ferric) in an easily assimilated form; it reduces discomfort from allergies by quickly neutralizing allergens that would otherwise produce allergic reactions; and it reduces heartburn and indigestion by absorbing excess stomach acids.

However, clay’s forte is probably its role as a general internal detoxification and cleansing agent. According to Keith Payne of White Rock Mineral Corporation in Springville, Utah, [this company appears to no longer be in business] clay scrapes and cleans the lining of the colon. “As the colon becomes cleaner, its ability to absorb minerals and other nutrients increases, making the minerals even more bioavailable, thus giving more energy.”

White Rock’s clay, called Bentonite Minerals™, contains 71 trace and ultra-trace minerals, including many that are probably unknown to most consumers, such as ruthenium, tellurium, and thulium. Trace minerals enable the body to absorb nutrients—“they are the bonding agents in and between you and food,” explains Payne.

Bentonite Minerals are derived from an ancient seabed formation in Utah; according to geologists, the clay formed when a layer of volcanic ash fell into what was, long ago, a shallow inland sea. “As the ash filtered through the seawater, it collected pure minerals, forming a layer of highly mineralized clay,” says Payne.

The best way to drink clay is on an empty stomach, or at least an hour before or after a meal or immediately before sleeping at night, says Knishinsky. Typically, clay is available as a thick tasteless, pale-grey gel, but it also comes as a powder or encapsulated. [I don’t recommend using capsules, as it is important the clay be hydrated before ingestion. When purchased as a powder, you will need to mix it with water before ingesting. This is the most cost effective way to buy it.]

Generally, it is advisable to start with one tablespoon daily, mixed with a small amount of juice; observe the results for a week, then gradually increase the dosage to no more than four tablespoons daily, in divided doses. Drinking clay can be an annual spring cleaning of your gastrointestinal tract or it can be a symptom-focused, self-care method.

There is a lot of mixed information and views on whether it is best to use sodium or calcium bentonite for internal use. I’ve found information stating that sodium bentonite swells so much (i.e. it absorbs water) that it will make people constipated. Personally I disagree with this. If you hydrate your clay in water before drinking it (which is always recommended), then there will be plenty of excess water in your glass, and so the bentonite is not going to “dry you up” internally.

I’ve also seen information suggesting the sodium content itself is negative (some people have concerns about excess dietary sodium). Yet I have seen no studies suggesting the sodium in sodium bentonite is actually absorbed by the body. Sodium bentonite seems to be more common, is is also use as an industrial product (bentonite has many common industrial uses). It’s also worth noting that most “bentonite” clays contain a combination of sodium and calcium (and even aluminosilicate) as the predominant minerals. There is some evidence to suggest the body in fact absorbs the calcium from bentonite clay, and this may be reason to suggest it may also absorb the sodium.

I understand pure calcium bentonite is rarer and perhaps more expensive than the predominantly sodium form. In reality most clay deposits are themselves a mixture of clay types with varying compositions. If you wish to play it extra safe, use calcium bentonite for internal use. Personally, I’ve used both, and experienced no noticeable ill effects from either.

It is my understanding that in the USA, at least, it is complicated to label a clay as USP or Food Grade. It may require passing various FDA tests, etc. My limited research into the matter suggetst this is one reason why most “bentonite” clays sold for health use in the USA do not state they are for internal use. Some will even state “For external use only.” What’s more, if the manufacturer states it is for internal use and the customer experiences issues they may end up being held liable. So it is safer to let people buy “external use only” clay and then use it internally if they so choose.

What you are looking for is calcium or sodium bentonite, as a Montmorillonite clay form. Many clays get labelled as “bentonite.” So look for products that specify they are Montmorillonite (smectite) clay. If you have access to Amazon.com, here’s some clay products I recommend:

There are many options for us clay-munchers. If you don’t live in the USA, the above product recommendations may be of little use to you. Or perhaps you can find the same brands in your country. Alternatively, search online for sources of edible calcium/sodium Montmorillonite (bentonite) available where you live.

I am still in the process of checking out the various edible clay sources in New Zealand. Here are a few options: 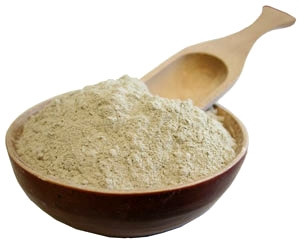