“I maintain that truth is a pathless land, and you cannot approach it by any path whatsoever, by any religion, by any sect.

That is my point of view, and I adhere to that absolutely and unconditionally. Truth, being limitless, unconditioned, unapproachable by any path whatsoever, cannot be organized; nor should any organization be formed to lead or to coerce people along any particular path.” — Jiddu Krishnamurti

The Inner Journey — A Pathless Land

I am sometimes asked, “Tell me Jonathan, what’s your story?” It’s a question I’ve often struggled with—which in itself is an aspect of ‘my story’.

Is any answer adequate? Probably not. And yet I appreciate the human soul is nothing but a vast tapestry of stories, interwoven with the life-force that maintains and expresses through them.

Stories and life-force—the warp and weft of the cosmically crafted rug drapped over Great Mother’s shoulders as she creates her journey through infinity. Our stories arise from inner and outer journeys and experiences, woven into which are a great many archetypes, living-mythologies, and aeons of collective memory. It’s our stories that bind us—that open doors and windows into a new potential of relatedness between us. May the condensed biography that follows serve as a door for our potential meeting, even if only in spirit.

As a child I often observed, and listened. Intensely so. I liked to participate in the immediate world around me, in particular that which I had a relationship to. Barely able to reach the stovetop, I got into cooking, because that was an important aspect of eating. I liked to clean (usually), because that was an aspect of enjoying a tidy space. If something broke or stopped working, I would try to take it apart, understand how it worked, and fix it.

Yet it wasn’t all rainbows and sunbeams … 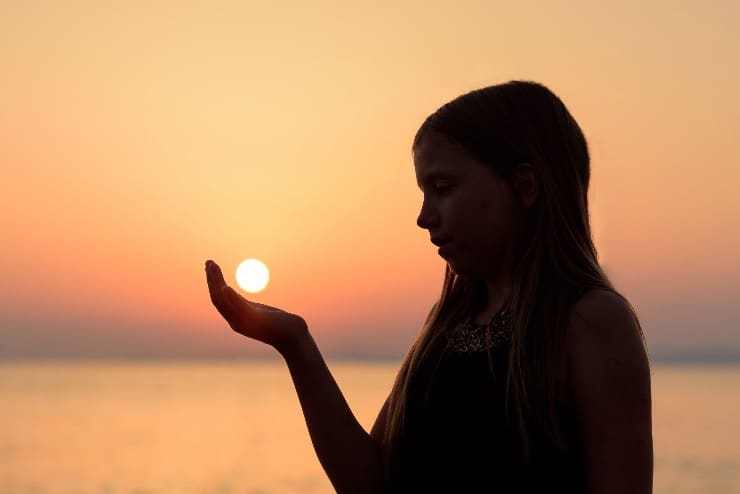 At that time in my life I was into pushing boundaries. I was rather rebellious, although not in a rowdy overt way. My rebelliousness wasn’t radical or obvious (at least I didn’t think it was). Being shy and painfully self-conscious prevented me from making a scene or intentionally standing out. My rebellion was one I kept to myself. It was more of an inner rebellion, that outwardly made me question reality, truth, authority, rules, politics, and pretty much anything that stood out to me as socially controlling and coersive. My teachers didn’t consider me a troublemaker. An intelligent underachiever, for sure, but otherwise pleasant and amicable.

With two older brothers happy to introduce me to their new found vices, from 15 to 19, I had more experiences with drugs, alcohol, and partying then was likely healthy. On the flip side, keeping all that partying and biological recklessness in balance spurred me into learning about herbs and nutrients that supported the body and brain—the beginning of my journey as a traditional naturopath. Those four years were replete with fun, danger, and exciting times, yet eventually a few years of yoga practice gave rise to such a deep love affair with sobriety—mental and emotional lucidity—that by 19 I felt my phase of debauchery and high adventures was more or less complete.

It wasn’t all alcohol, drugs, and ecstatically dancing to house music. During that same period, around 16, an urge from within launched me into practicing yoga, meditation, and Taoist chi kung. Later I got into herbal medicine, spiritual healing, aromatherapy, natural healing, naturopathy, and numerous other fields my heart felt drawn towards. Since completing school I’ve experienced many decades of training and teaching, and I’ve travelled to over 30 countries. From deep within, I felt compelled into the pursuit of a pathless self-enquiry, which revealed the nature of Life and reality beyond the usual sense of separation, duality, and confusion veiling ordinary perception. At 20 I headed to the Swiss Alps.

Three months in the alps with a profoundly inspiring and somewhat eccentric Buddhist monk set me on a path of exploring consciousness, no longer through mind-altering substances and artificially induced altered states, but solely through engaging with nature, yoga, and meditation.

I found staying true to the living wisdom of my heart allowed me to work through many of the obstructions of modern human conditioning—layers in the psyche, which would otherwise prevent me from perceiving the subtler aspects of Life. It also played a role in my path crossing that of numerous spiritual masters who have provided, and continue to provide, indispensable assistance. 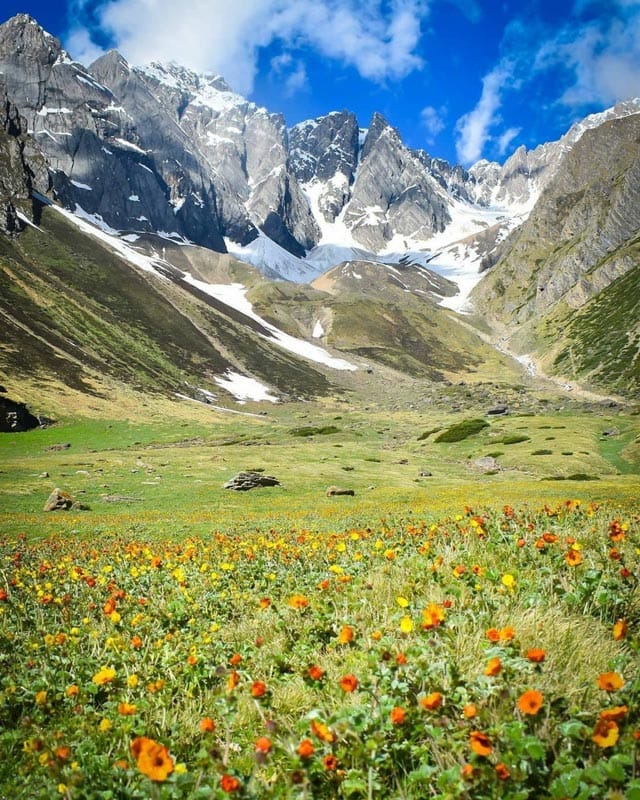 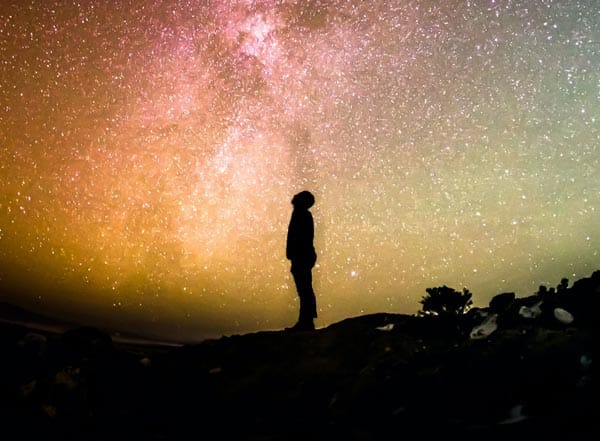 In retrospect, I see I innately understood, and was being challenged to embody and integrate, a wide spectrum of the empowering principles found within many of humanity’s core wisdom traditions. The primary influences on my inner journey have been Hatha yoga, Kundalini yoga, Kriya yoga, Taoism, Tibetan buddhism, Hindu and Buddhist tantra, Western mysticism, Toltec wisdom, Hawaiian Huna wisdom, Ayurveda, anthroposophy, esoteric Christianity, herbalism, astrology, spiritual healing, traditional naturopathy, and Andean shamanism. What I came to realise is that at the heart of every genuine wisdom tradition is a fundamental truth or perspective (arising from the direct perception of the Spirit) which is also found in the Heart of Man (male/female). The seemingly outer wisdom traditions are reflections of our innate inner wisdom.

I have a passion for writing, although I prefer public speaking. In 2007 I published the book Peace, Power, and Presence. It’s the first in the Wisdom for a Life of Freedom series. The book received three awards in New Zealand and the United States. I am working on numerous others. 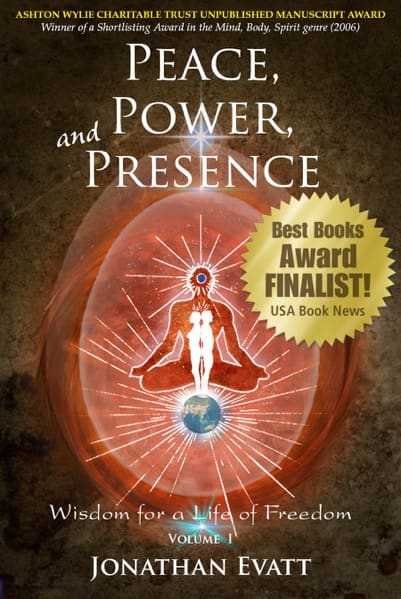 I feel most alive when I am engaged with an audience, whether with one person or hundreds. I find a special quality of heart-centred focus arises for me when engaged with people seeking greater contact with their innate wisdom, spiritual reality, and soul connection. Simply put, such an engagement lights me up, which I’ve been told is illuminating for those sharing in the experience.

Since publishing my first book, I’ve been invited to give workshops and seminars, and hold residential retreats, on a wide range of topics. For me the topic is somewhat irrelevant, or it’s secondary. What’s primary for me is conveying the perspective of the spirit, of the essentail human being, and of that which is natural. So whether it’s a yoga and meditaion retreat, a workshop on The Christ Within, an exploration of intelligent nutrition, a seminar on human awakening, or on the true purpose of humanity, what consistently comes through is a perspective people tell me is deeply liberating.

The most common feedback I’ve received over the years is that what I shared may be something the person has never thought about before and yet they have always known. 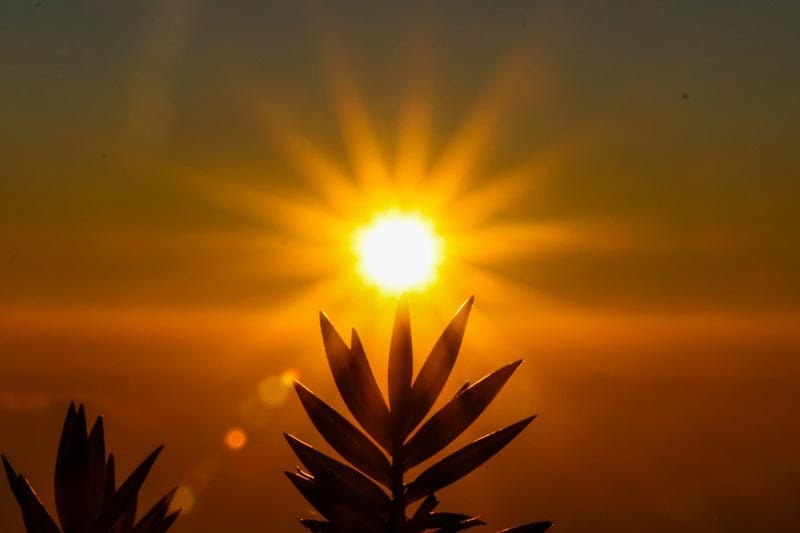 In 2013 I began 8 years of apprenticeship in solar spiritual arts from an ancient Andean spiritual tradition.

A major focus of this training was on the timeless practice of engaging my spirit with sacred spaces of the Earth for the purpose of spiritual harmonisation and sacred reciprocity. The teachings transmitted to me are known as the Original Living Wisdom of the Mother, and are deeply connected to the practices of the Kogi people of Colombia.

These practices are for helping balance and nourish the living Earth, in spirit, which includes the holistic wellness and inner balance of the human being.

Since the early 1990s, I have studied, applied, and practiced the principles of natural and holistic living. It is a modality I refer to as Traditional Naturopathy. You can read more about this here.

In the late 1990s I worked extensively with herbal and nutrition based natural health programs for the restoration of thyroid and endocrine function. I developed a global ecommerce business and software system for marketing those products into different regions internationally.

I’ve found that the quality of which I feed and nourish my body has a profound impact on health and well-ness, in body, mind, and soul.

Mentoring: Bringing forth your Spirit

To those heart-inspired souls looking for depth and substance in their lives—beyond the relatively shallow experience of what one can read and YouTube about—I offer mentoring and spiritual training sessions. These are available for individuals and couples (to bring forth greater consciousness within the crucible of relationship).

If you are inspired by a sincere interest to know yourself as a spirit integrated into the human experience, and to holistically recover your natural state of well-being, feel free to reach out and ask for assistance. More information on these services can be found here.

Below is a summary of various public presentations, interviews, and other expressions of Jonathan’s vocation:

• 1996 to present — He has written an extensive collection (450+) of articles online (on this website, and its earlier iterations) — the more popular articles have had hundreds of thousands of views.
• 1998 to 2003 — Developed and managed an international e-commerce business (“Thyrodine International“, and later as “Inspired Nutritionals“, manufacturing and distributing 16 natural health products and formulations (developed by a brilliant naturopath in New Zealand) to customers and therapists globally.
• 2007 — Jonathan published a multi-award winning book, Peace, Power, and Presence.
• 2008 to present — By invitation, Jonathan has facilitated workshops, talks, and retreats in Finland, Switzerland, Germany, Austria, the United States, Costa Rica, Canada, Panama, and New Zealand.
• 2009 — By invitation, he taught his ground-breaking Intelligent Nutrition workshops at Kripalu School of Ayurveda to their course students and faculty.
• 2014 & 2015 — Interviewed by GreenPlanetFM (in New Zealand) — August 12, 2015 and June 12, 2014.
• 2015 — Featured interviewee in the opening episode of the Mind The Matrix II documentary series.
• 2016 — Featured guest speaking in an episode of the Consciousness series produced by Ickonic Media.
• 2016 & 2017 — By invitation, presented at two of the annual Voices of Sacred Earth Festivals at Kawai Purapura, New Zealand — sharing on the indigenous wisdom of the Divine Mother.
• 2016 & 2017 — Taught workshops at two annual International Yoga Festivals at Kawai Purapura, New Zealand.
• Current (2021+) — Jonathan is producing a 9 part episodic docu-series called Being Human, and another episodic series called Selfishly Saving the Earth, as part of a wider media and educational platform called Project Being.