The Purpose of Man (Part 1)

The Purpose of Man

What is Man’s role in Creation? Why are we here, in the Earth? How is it that everything on the face of the planet has an identifiable and important function, and yet Man seems to be at a loose end?

The Phenomenon of Man

The basic failing or imbalance of materialism is the denial of the spirit. It’s a dangerous situation for billions of human beings to be walking this Earth with little, if any, real idea why they are here. From my perspective this predicament—and its underlying cause—is the primary reason Man has degenerated to the point where we are on destroying most of life on Earth. In simple terms, humanity compromises some seven billion people who, for the most part, have little, if any, idea of the following three elements of self-knowledge:

Without knowing ourselves as Spirit, the essential meaning of and sensibility to Life are greatly diminished, and in some cases almost entirely lost.

There was a time on Earth—and in some cultures this is still true, or was the case not that long ago—when people were born into societies that knew the purpose of the child. The society would then provide the circumstances that would help that purpose to develop in the child. Under such circumstances children would grow in such a way that we might, today, describe them as unusually Self-possessed, and thus hold a definite certainty and confidence about their place and role in the world. It is not necessary to know specifically how one will achieve their purpose. It is enough to simply be possessed by it, which equates to being possessed by one’s own Spirit.

Living in the our present era (or is that an error?) of materialism, a great many human beings deny the existence of the spiritual, and thus deny the existence and genesis of their own spirit, of their essence. What’s more, those of us who do begin to develop a degree of spiritual sensibility, are typically faced with massive opposition—much of which is not always obvious and overt. Sometimes it’s the active opposition of people questioning and confronting our fledgeling spiritual ideas and explorations, writing them off as unreal. Other times it is simply a matter of our social environment failing to acknowledge and confirm our early spiritual perceptions.

Constructive reflection from our environment—which most especially includes our fellow humans—plays a significant role in the development of the human psyche. It’s an influence that is typically beyond the conscious control of the recipient of such reflection. So if the world around a child fails to reflect to her an accurate impression of reality—and in this case, spiritual reality—it not only undermines her likelihood of developing spiritually, but it can also serve to hinder her. Much of what is reflected typically ends up being based on a social non-reality, and this will likely prove to be a destructive imposition in the psyche of the developing human.

One result of this dichotomy is many of those with an innate spiritual inclination will develop a personality that is significantly more dominant in their psyche than the influence of their Spirit. As the late French Priest and mystic Pierre Teilhard de Chardin pointed out in the quote above, we make the mistake of believing we are a human being seeking and having spiritual experiences, when in fact we are spiritual beings facing the challenge of having a human experience. This mistaken belief is something we derive from our misperception of the nature of reality, which is typically seeded and fostered by the misperception of the society we are born into. Believing and perceiving ourselves as primarily matter—intermixed with emotions and thoughts—is a condition brought about by our conditioning.

With all this in mind, it seems pertinent we answer the question of how one becomes aware of themselves as a spiritual being having a human experience. Not as an intellectual idea, not as some kind of lofty ideal, and not only vicariously through a guru or spiritual master, but as a living state of being. Obviously, to know myself as a spiritual being having a human experience, I must first know myself as a Spirit. How is that done, and is it even possible? We’ll look at that in Part III.

But first, what follows in Part II is an overview of MAN’s spiritual agreement. We each come into this world with a very particular agreement. What might otherwise be known as our Spiritual Purpose or Vocation. It refers to the particular intention that propelled your spirit into the Mother’s lowest sphere, known as matter. 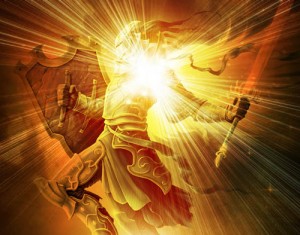