By: Jonathan Evatt|Published on: Published on Aug 10, 2019|Categories: Natural Health, State of Our World| 0 comments

Today I spoke with a client (for a website development project) who I’ve not heard from since early June. He had dropped out of communication for the past couple of months. When I last spoke with him, in early June, he mentioned he’d had a strep throat and a cough, but was getting over it.

I find out today that he nearly died. Not from the illness, but from an antibiotic he took. It turns out the strep infection had lingered on, and wasn’t responding to any other treatments (herbal, nutritional, and antibiotics). His doctor suggested he could give him a FLUOROQUINOLONE based antibiotic called Levaquin. The doctor told him one of it’s side-effects is rupturing of tendons in the body, so he’d need to take it easy physically whilst on it. He decided it was worth the risk, and he’d not exert himself whilst on it.

After 6 days he was hospitalised. He now has severe neurological damage throughout his body, and the symptoms of severe arthritis in all his joints. He’s had numerous periods where for days he can’t possibly get out of bed. Keeping a long and painful story short, he’s been admitted to ER numerous times in the last two months, and had to be put on morphine numerous times for the full body 10/10 pain. This could either kill him (it’s not that uncommon) or it might clear up over the next couple of years. The damage can be permanent, and he might end up in a wheelchair. There’s the chance of a reoccurrence at any time for the rest of his life. It might take up to a couple of years to get to the worst of the symptoms, which might, if he is lucky, clear up a year or more after that. He won’t know until he hits rock bottom and starts to then improve.

From what I understand, this drug kills bacteria by damaging the DNA in their mitochondria. The issue is that it can do the same to the mitochondria in human cells. If that occurs, it can set off a cascade in the body where the mitochondria, particularly in nerve tissue of the central nervous system, is damaged and keeps replicating in a damaged state. As the mitochondria replicate the issue persists and spreads, long after the drug is absent from the body.

The US Food and Drug Administration (FDA) has recently (2016) warned that this drug should only be used for severe bacterial infections, due to the high risk of serious side-effects. Here is a quote from that FDA news release:

The U.S. Food and Drug Administration today approved safety labeling changes for a class of antibiotics, called fluoroquinolones, to enhance warnings about their association with disabling and potentially permanent side effects and to limit their use in patients with less serious bacterial infections.

“Fluoroquinolones have risks and benefits that should be considered very carefully,” said Edward Cox, M.D., director of the Office of Antimicrobial Products in the FDA’s Center for Drug Evaluation and Research. “It’s important that both health care providers and patients are aware of both the risks and benefits of fluoroquinolones and make an informed decision about their use.”

Fluoroquinolones are antibiotics that kill or stop the growth of bacteria. While these drugs are effective in treating serious bacterial infections, an FDA safety review found that both oral and injectable fluroquinolones are associated with disabling side effects involving tendons, muscles, joints, nerves and the central nervous system. These side effects can occur hours to weeks after exposure to fluoroquinolones and may potentially be permanent.

Because the risk of these serious side effects generally outweighs the benefits for patients with acute bacterial sinusitis, acute exacerbation of chronic bronchitis and uncomplicated urinary tract infections, the FDA has determined that fluoroquinolones should be reserved for use in patients with these conditions who have no alternative treatment options. For some serious bacterial infections, including anthrax, plague and bacterial pneumonia among others, the benefits of fluoroquinolones outweigh the risks and it is appropriate for them to remain available as a therapeutic option.

The FDA first added a Boxed Warning to fluoroquinolones in July 2008 for the increased risk of tendinitis and tendon rupture. In February 2011, the risk of worsening symptoms for those with myasthenia gravis was added to the Boxed Warning. In August 2013, the agency required updates to the labels to describe the potential for irreversible peripheral neuropathy (serious nerve damage).”

Levaquin is one of the most commonly prescribed antibiotics in the U.S. …

Levaquin … was developed by J&J as a type of antibiotic. Levaquin belongs to the fluoroquinolone class of antibiotics, and was marketed by J&J to treat relatively minor infections, such as sinus infections and urinary tract infections (UTI’s.) Sounds admirable enough, except that plaintiffs’ suits in several states, including Pennsylvania and New Jersey, allege that the giant health and pharmaceutical company very aggressively marketed Levaquin, while knowing that the antibiotic could cause a dangerous medical condition called peripheral neuropathy – a very serious nerve disorder.

So basically my client’s doctor prescribed him a drug for a condition the FDA has, over three years ago, expressly stated it should not be used for (a mild but persistent throat infection).

A pharmacological epidemiologist named Mahyar Etminan told The New York Times that “lazy doctors” prescribing them for minor infections were “trying to kill a fly with an automatic weapon.” In July, a team at ABC acquired FDA documents showing that the number of serious adverse reactions to Levaquin has soared to 200,000—including at least 3,000 deaths. (Source: http://bit.ly/2ZOrdcH)

The purpose of this post is simply to warn people, particularly in the US where I gather this drug is most recklessly prescribed, to not use it, unless you’re facing a life or death bacterial infection.

The use of Levaquin (and any of the many other fluoroquinolone based antibiotics) use should be approached with extreme caution. 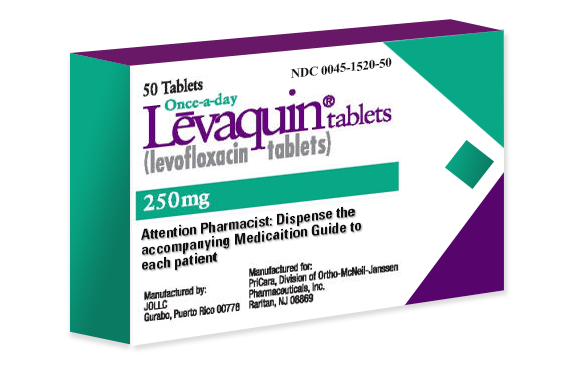