The following video should be enough to put most American’s off eating store bought beef for a life time. Watch, and learn: 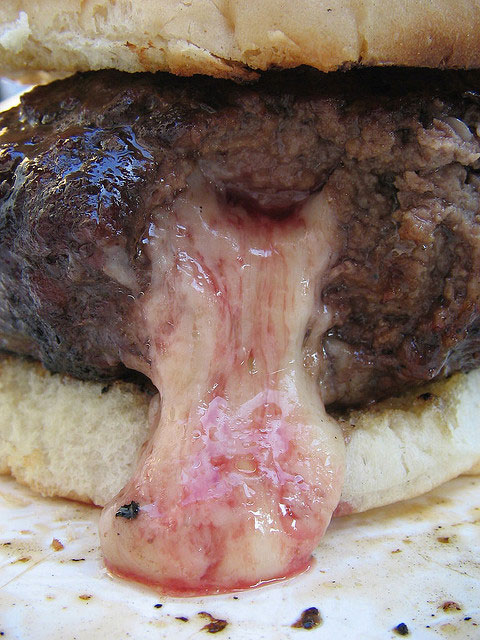 The Department of Agriculture is defending the use of ammonium-treated beef, dubbed “pink slime” by detractors, in meals destined for schoolchildren as part of the national school lunch program.

The Internet news source The Daily reported this week that 7 million pounds (3.2 million kg) of the product — beef trimmings treated partly with ammonium hydroxide to fight contamination — would appear in school lunches this spring.

“All USDA ground beef purchases must meet the highest standards for food safety,” the agency said in a statement.

“USDA has strengthened ground beef food safety standards in recent years and only allows products into commerce that we have confidence are safe.”

Fast-food chain McDonald’s stopped putting the USDA-approved ammonium-treated meat into its hamburgers in August after a number of food activists, including celebrity chef Jamie Oliver, drew attention to the additive.

The BPI product makes up about 6.5 percent of the 112 million pounds (51 million kg) of ground beef that has been contracted for the National School Lunch Program, the USDA said.

The department oversees the program, which buys about 20 percent of products served in U.S. schools. The rest is bought directly by schools or school districts.