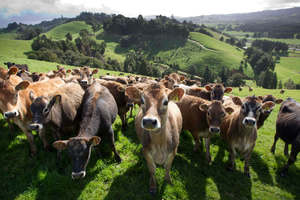 The degeneration of the New Zealand Dairy Industry is happening fast. New Zealand, by fault of its expanding diary production and the industrialisation of farming as a practice, is becoming a significant supporter of deforestation in places like Malaysia. Native jungles are cleared for the production of palm kernel products, and the majority of dairy herd feed supplementation in New Zealand contains palm kernel expeller. So not only is the dairy industry destroying and polluting natural water ways in New Zealand, it is also destroying jungles in far away lands.

New Zealand was for a long time renowned as having some of the highest quality milk and dairy products in the world. Relative to the dairy industry in most other industrialised countries, New Zealand dairy is likely still some of the finest to be found in large commercial quantities, but it is going downhill… fast. Our milk is, thankfully, still devoid of antibiotics and artificial growth hormones (unlike US milk), but the milk we find for sale today in New Zealand is a far cry from the milk our parents and grandparents had access to.

Gone are the days of New Zealand dairy being exclusively grass-fed. Significant evidence indications milk has the best health properties when from grass-fed cows. Feed them anything else, and it’s goes against nature, and stuffs up the health fat profile found in natural dairy. It is common practice to supplement dairy cow feed with formulas containing palm kernel expeller, among other things. Something else many New Zealanders don’t realise is that common New Zealand milk is intentionally adulterated and diluted. Aside from the potential health-related evils of pasteurisation and homogenisation, New Zealand milk is now a standardised product. Protein is removed (and sold off in as a raw material for other products), and then other milk solids (typically the sugars permeate and lactose, left over from cheese production) are added into the milk to bring the milk back to the consistency consumers are accustomed to. It might have a favorable consistency (might), but it certain doesn’t have the same natural composition as “real” milk. The industry (Fonterra, essentially) calls this “standardisation” (of the protein levels through the year), but many argue it is simply a way to generate an additional revenue stream by selling milk protein, and increasing profits on milk (by effectively diluting it). What comes out of the cows udder and what you likely find in your milk carton are two quite different products. [Highly recommended reading: How Green – and real – is your milk? http://bit.ly/1nK5BEn] 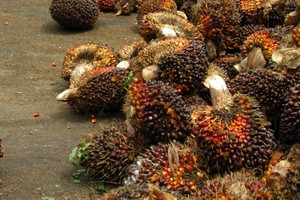 Palm kernel expeller can also be detrimental to the cows who eat it. It’s not uncommon for PKE feed products to be contaminated with things like metal fragments. This has become enough of an issue that since April 2014 PKE coming into New Zealand will have to undergo mandatory screening. [Recommended reading: http://bit.ly/1nK4hRM]

There is further reading on this matter at the following links:

A relevant video by Greenpeace 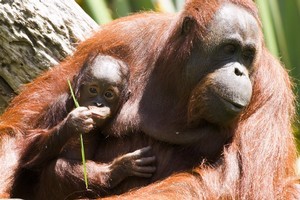