This is the beginning of what’s to be an on-going series of articles, each relatively short, yet hopefully worthy of any dedicated spiritual seeker’s attention. I’ve realised over the years, few have the time and heart-space to take more than a small bite at a time from the fruits of the Tree of Life. Please take your time to read and assimilate each article with your Heart.

In this series you may find deep and complex concepts, often appearing deceptively simple, packed into just a sentence or two. For the sake of brevity, I’ll often refrain from unpacking what’s shared, and from giving lengthy explanations. If read with the heart, and with necessary pauses of deep heart-level consideration, it’s your spirit that will do the elucidation you require. If that doesn’t occur, then perhaps at some other time after necessary waters have passed under the bridge. That’s okay—life is often like that, revealing its secrets in cycles that only become truly clear in retrospect. It may also be that some of the topics I touch on are already explained more fully in other articles. In which case, it is over to you to dig them out and make your own enquiries

The words that follow are here simply to arouse and inspire certain forces within you, which are all too often and easily forgotten and neglected. It’s all to do with coming into consciousness, of a felt-sense, perhaps an inwardly palpable knowing, of what you, as spirit, already contain. It arises within the imaginative realm (or “space”) the average modern up-bringing (or is it really a down-fall?) has ensured is all but extinct, in the ecosystem of the human soul. With rare exceptions, all who read this have, since conception, been subjected to a kind of spiritus-cidium (the equivalent of genocide for the spirit). We each have a responsibility to recover from that onslaught, and the deep forgetting it induced. In modern societies, many “adults” are barely a true man or woman. Our self-awareness and way of functioning is mostly like that of an over-sized child—when we fail to remember something as significant as our original state of being. In traditional (indigenous) societies, reaching adulthood was not a haphazard process simply determined by the passing of time. The biological body changes and matures over time, without any intervention or intentional assistance. But the development and maturity of the soul, that’s another matter. It requires input from the spirit, from Consciousness. Traditionally that input came in many ways, carefully woven into the fabric of society, and key junctures were guided and solidified through numerous stages of initiation. Those of us living in modernity must seek out such genuine initiation ourselves, as it’s not something our society pays any attention to.

I encourage you to relax into allowing the words that follow to shed light on mysteries about which you’re likely to say, in retrospect, “I’ve always somehow known these things, but never really thought or heard much about them”. These are the whisperings of the now vague figures, spirits, and archetypal images living within the metaphysical backdrop of our collective and individual existence. 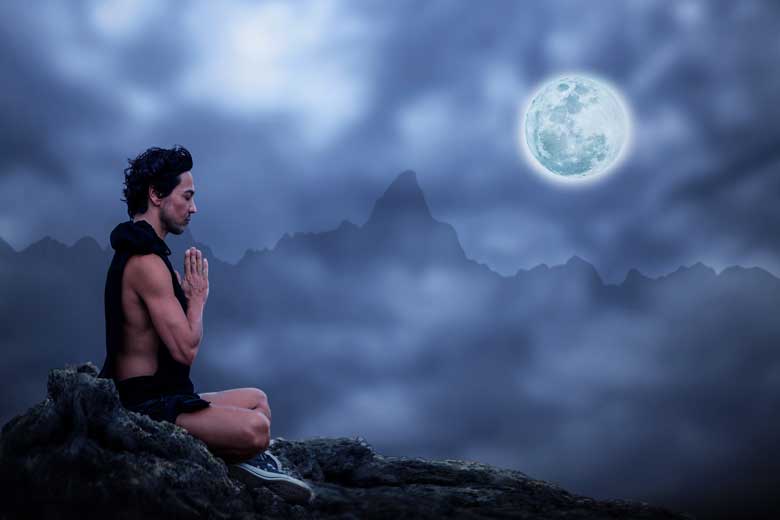 In other writings I’ve explored the archetypal image of the tracker, or the hunter. In today’s terms we might better refer to this as an investigator. The Path of Freedom demands we approach life as a tracker, an investigator. We must be like a Sherlock Holmes, only on a self-assignment rather than for a client. Where the self is both the one investigating and is the subject of the investigation. In the following text, I may use these terms tracker, investigator or hunter, interchangeably. Later in this article series we’ll look at what this tracking or investigating entails.

The natural world reflects in many ways that typically a creature either hunts, or it is hunted. Many creatures are living in the flux of both hunter and hunted. On a Path of Freedom we can’t afford to be hunted—at least not for long, and not without taking conscious stock of what makes us susceptible to losing out in such a hunt. To avoid being the hunted, we must ensure we are on the hunt, that we are actively tracking and investigating. What is Life constantly challenging us to track? It happens to be the same thing we are hunted for. Our Power. 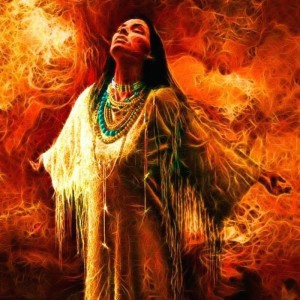 From the perspective of the tracker, we could sum all this up as the natural dynamics of Power. These dynamics are not something Man invented or made up. They do not require our belief to be true. They are observable by anyone with a keen eye, and with sufficient self-attention to notice what’s ceaselessly going on all around them, and within them.

We are constantly deriving power from our use of life-force, in the act of perception. When we fail to utilise that power in a life-enhancing, intentional, and consolidated way, it’s not long before we unintentionally become a source of power for others. This is as true physically as it is spiritually. Meaning, this plays out on a physical human level, whilst also playing out in spirit. Remember, you are first and foremost a living spirit. When we consistently fail to manage power in a life-affirming way, we become the hunted. Actually, so long as we function in and fundamentally identify with dualistic perception, we are being constantly hunted for life-force. The question is, do we manage to stay sufficiently ahead of the predators, or are we captured and captivated by them?

Here’s an illustrative metaphor. If you place an open vessel of water in a desert, creatures will eventually come and drink from it. If you keep pouring water into that vessel, and that water continuously pours out onto the ground, life-forms will gravitate to that location, and set up camp there. If sufficient water pours from that vessel, it will saturate the ground around it. When the ground is sufficiently saturated, a pond, and then a lake will form. The lake will overflow, and the water will begin flowing further afield. Given enough time, and enough water, that flow will form a small creek, then a stream, then a river. A current of water will flow, and this is detectable by creatures and organisms that depend on water for their existence. In time, a huge collective of life-forms will convene, often from vast distances, and establish themselves around the lake and the flow of water. The tracker recognises Man is a vessel into which life-force flows. Where does it go? Into what is it invested? 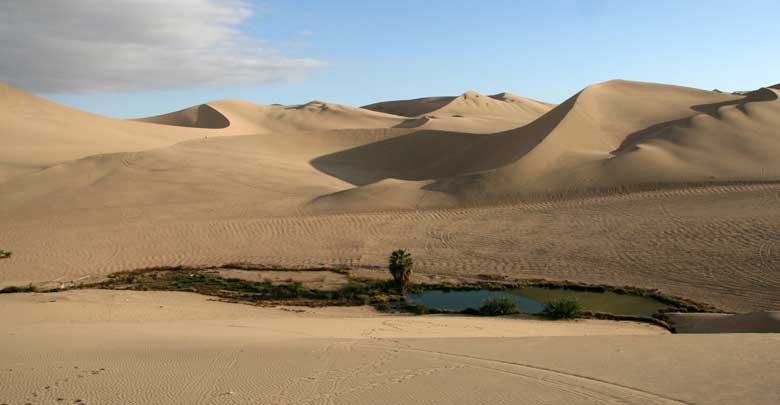 Man has a responsibility to remain impeccable in his or her use of power. This is synonymous with our use of life-force. At the most fundamental level, the currency of life on Earth is life-force. The word currency is derived from Latin currentum, “the condition of flowing”, from currere, “to run”. Life-force is constantly flowing, and this is fundamental to the emergence, balance, and maintenance of both the form-side and formless-side of Life (the seen and unseen, the manifest and non-manifest, the tangible and intangible). For reasons I won’t go into here, Man is peculiar in the sense that we have the means to receive extraordinary amounts of life-force. We have the means to consciously (thus willfully and intentionally) harness, control, deliver, accumulate, transform, direct, and relocate extraordinary amounts and levels (as in, dimensional levels) of life-force. According to my spiritual ancestors, and my beloved mentor, the Spirit of Man is, in that regard, more powerful and impactful than even the sun.

Early in her pursuit of meaning and purpose, the tracker realises that in every moment she is the recipient of precious life-force. This life-force has the potential to be a source of extraordinary power. Power can be used in ways aligned with Life, or misaligned with Life. Every ancient and modern culture I am familiar with has names for what I am referring to as Life (in the grandest and most sentient sense of the word). In China, to some, Life is known as the Dao (or Tao). In the ancient Hindu, Tantric, and yogic traditions, She is represented by a pantheon of Goddesses, and ultimately the Divine Mother (one name of which is Aditi, one of the most ancient of the Goddesses). In Buddhism, She is also known as Prajanaparamita, primordial wisdom, or Yum Chenmo in Tibetan. Globally, a great many cultures (especially the indigenous) refer to Life as the Mother, Great Mother, or Mother Earth. Some traditions call this power God (in English, or an equivalent word for God in other languages), others, Great Spirit. As you can see, what I am calling Life is more than the typical reference to existence, or a condition, a biography, the opposite of death, or the period between birth and death. Life encompasses all these, and much more. She is intelligent, organising, loving, and the supreme source of all. Life is exceptionally intelligent; her most primordial nature is pure wisdom, pure and total consciousness.

Similarly, something known as life-force is also a universally recognised phenomenon, with a great many names. In many cultures we find a multitude of terms representing different aspects, qualities, or expressions of life-force. A few you may be familiar with are, chi (qi), ki, prana, prakriti, manawa, ora, ether, pneuma, ruach, and a vast many more. Some of these terms are synonymous with “spirit” and “breath”. Life-force and its source both have a great many names, and at this point how exactly we refer to them is not important. What’s crucial is the realisation that we are the recipients of life-force; historically, this was universally recognised; that life-force has a living and highly intelligent source many traditions refer to as “Mother”; and, when focused and directed within consciousness through the act of perception, life-force equates to Power. In the simplest terms, Power is the means to effect change. We can effect change in both “positive” and “negative” ways—in ways that are either life-affirming (aligned with Life), or life-degrading (misaligned with Life).

I’ll leave you with that thought, and we’ll continue in Part II.