Most honey is detrimental to your health

A significant amount of the honey you will find on the supermarket shelf in the USA (yet another reason to cease shopping in supermarkets) is not pure honey. In fact according to E.U. standards it is not honey at all, and is consider illegal contraband if sold as “honey”.

Companies (We the People) import low grade honey from China in drums and repackage it in the USA. Perhaps that would be okay if we could be certain the bees in China were healthy and collecting from flowers not sprayed with nasty chemicals; and haven’t been exposed to dangerous antibiotics. Yet even if the honey comes from plants comparable to those in the USA, what’s added to the honey before it arrives?

According to Food Safety News three quarters of the honey on supermarket shelves in the USA contains no pollen. You might be wondering why that’s an issue. Pollen is a natural (and healthy) component of honey. It’s also the only practical means for honey to be tested for its origin. The pollen is used in those tests, so with the pollen removed there’s no way to tell where the bees were feeding. In the E.U. honey without pollen is not allowed to be called “honey”. In the USA the FDA does not monitor pollen content of honey.

To remove the pollen from honey it must go through ultra-filtration. This destroys the health-giving benefits of honey, and removes all pollen (a major source of the nutritional benefits of raw honey). Ultra-filtration is a relatively expensive and time-consuming process, so why would a honey company do it? Well, one reason is that it gives the honey longer shelf life, but this can be achieved without removing 100% of the pollen, through other filtering methods. In my opinion, the lesser filter honey is still not worth buying though. As mentioned above removing 100% of the pollen also makes it very hard to identify the source of the honey. Did it come from China, India, Vietnam, the USA? There’s no easy way to tell. Apparently much of the honey sold in the USA is illegally imported from China and doesn’t pass through the quality controls in place.

What’s the issue with Chinese honey? 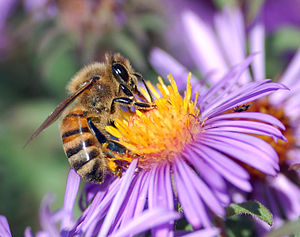 Significant amounts of Chinese export honey is diluted with high-fructose corn syrup and other sweeteners such as white sugar. It has also be found to contain illegal antibiotics, and tainted with toxic chemicals.

“Most honey comes from China, where beekeepers are notorious for keeping their bees healthy with antibiotics banned in North America because they seep into honey and contaminate it; packers there learn to mask the acrid notes of poor quality product by mixing in sugar or corn-based syrups to fake good taste.” [http://www.theglobeandmail.com/technology/science/honey-laundering-the-sour-side-of-natures-golden-sweetener/article562759/]

Dilution is another issue. According to Grace Pundyk, author of The Honey Trail, Chinese manufacturers will inject a type of honey with litres of water, heat it, pass it through an ultrafine ceramic or carbon filter, and then distill it into syrup. While it eradicates impurities such as antibiotics, it also denies honey of its essence. [http://www.theglobeandmail.com/technology/science/honey-laundering-the-sour-side-of-natures-golden-sweetener/article562759/]

Rather than me getting into all the gritty details, I’ll provides links to good articles that cover this topic in depth. All I want to saw, as I have been saying for more than 20 years, is only buy honey that says it is “unheated” or “raw”. Ideally buy it from a local bee keeper. Always buy it from health food stores. Make sure it is certified organic. Then you’ll be eating what Man has considered miracle working medicine for thousands of years.

A selection of raw organic honey available on Amazon.com in the USA 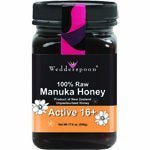 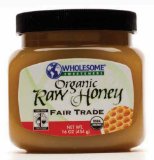