Man’s Battle for the Body

The Warrior’s Stake, Part One

Man’s Battle for the Body is Part One in the series The Warrior’s Stake.

Ordinary Man takes for granted the right to his or her body. So much so, it’s not something most people give even a moment of consideration to. But what if your body is not yours by right? What if you are not the only one making use of it? What if Man must stake his right for the body, and claim it as his own?

The Spiritual Warrior knows that her primary battle is for her own body. Imagine this: your body is like soil—it is in fact made up of the elements and formative forces of the Earth—and your Spirit is like a seed. At some point between the moment of conception and the moment of birth, this seed is planted into the soil. Yet there is no guarantee it will grow, or if it does grow there is no guarantee it will grow into full maturity and bare fruit. It may never blossom. What’s more, like any soil it contains many dormant seeds. Dormant seeds left my your ancestors, left by the animalistic origins of the body, left by dark spirits, and more. These seeds also have the potential to germinate and grow, and to fill the garden with “weeds”.

The word “stake” has a number of meanings, and more than one of those meanings is applicable in this topic. Ordinary Man does not consider his body is something he must stake a claim to, nor is he aware of what is at stake when engaged in the process of incarnating. We can talk about staking a claim or staking something out, which means to assert one’s right to something. Staking a claim to land would involve demarcating it with wooden or metal stakes, and claiming right of possession (ownership) of the area marked out. One definition of the verb ‘stake’ is, ‘be assertive in defining and defending a position or policy’. We can talk about the stakes of a situation—what is at stake—meaning what do we stand to lose or gain. For instance, when gambling it is important to know what’s at stake. This noun form of ‘stake’ is defined as, ‘a sum of money or something else of value gambled on the outcome of a risky game or venture’. So ‘The Warriors Stake’ has a number of important angles to it.

As explored in the book Peace, Power, and Presence the spiritual warrior sees everything in Life as a challenge. She picks her battles wisely and with a keen regard for what is at stake. If the stakes don’t stack up in her favour, there is little point in engaging in the battle, or challenge. For the spiritual warrior, the battles worth fighting are the battles in which the stakes are favourable whether she wins or loses. What this means, is she gains something of value whichever way the battle plays out. This is not something ordinary Man understands too well. Most of his battles are staked in such a way that only through winning does he stand to gain anything of (perceived) value, and even then its real value is questionable at best.

Our most basic and primary battle is the battle for our body. The human body is made up of a multitude of distinguishable—in terms of form (composition) and function—sheaths or layers. The most dense and most familiar is the physical sheath. This is what ordinary Man refers to when he speaks of “my body”. A vast number of traditions and cultures the world over recognise the body is significantly more than just the physical aspect we perceive with our physical sense organs. Different terminology is utilised to describe the subtle aspects of the body. I’ll use one model most spiritually educated “Westerners” are likely familiar with.

Man is made up of a physical layer (cells which make up tissues, organs, etc); an etheric/prana/chi layer which includes a framework of meridians and subtle channels; an astral/emotional/imaginative layer; a mental/conceptual layer; and so on. From this point forward, when I use the word ‘body’ I am referring to all of these layers combined, not simply the physical aspect. The Spirit of Man is incarnating into and arising through these ‘layers’. From my perspective the Spirit of Man is the spirit of the Creator. Put into modern language, it could be described as a holographic fractalisation of the Divine. What a mouthful.

Let’s bring this back into the topic at hand, ‘The Warrior’s Stake’. Simply put, Man’s primary challenge is to claim and assert his right to the body, with its many layers and elements. It is a grave mistake (no pun intended) to presuppose your body (and all its elements) is, by default, yours and yours alone. Imagine for a moment, there are a multitude of forces and “beings” trying to lay claim to your body. You may or may not be the victor. Most people are not victorious in claiming the body of Man, and live an entire incarnation without even knowing there was a battle taking place, let alone that they lost.

At a purely physical level we actually don’t have to go to any stretch of the imagination to understand how this is playing out. Every moment from soon after conception to death, your body is in a battle of self-determination, as it wards off vast numbers of bacteria, viruses, parasites, funguses, and more. What we call the ‘immune system’ is on the front line of this battle for the body. If the immune system goes down, the effects are immediate and potentially fatal.

From the perspective of your Spirit, this is a battle worth fighting. Even if you lose—and almost all people eventually will—the experience gained is of immense importance. I may go through my entire ‘life’ without getting “sick”—to manifest symptoms of a pathological breakdown in the body—but not long after death, the pathogens will stake their claim to my physical body. It will decompose and return to the Earth. So it should be quite apparent ‘you’ are in a battle to stake your claim over the physical body. Every time a person gets ill and recovers (or not), they are testament to this fact.

Here’s the important point: the Spiritual Warrior is keenly aware that a very similar battle is playing out energetically and spiritually. Forces are vying for your prana or life-force  in this very moment. Forces are vying over your astral (emotional) energy, your sexual energy, your mind, and your soul. From my perspective these forces are the antagonists of our Spirit, as it attempts to stake its claim over the phenomena of Man. The subtle tensions between these forces and the Power of your Spirit are what set the framework through and into which the Spirit of Man is blossoming into the full potential of Being.

In Part Two of this article, we’ll explore the practicalities of this battle for the body, and its tangible implications. 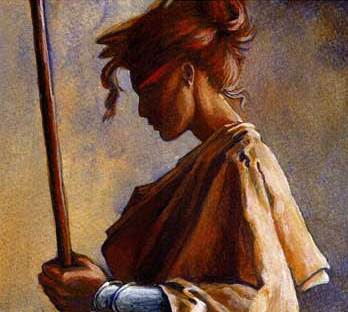